The years between 1920 and 1956 were characterized by growth, depression, war and more growth. The industry of the area was primarily agricultural, including the growth of fruit and nut trees, vegetables, nursery products, dairying, and chickens. With the improvement of transportation and farming practices, the local economy thrived after the Great Depression (1929-1939) and WWII (1939-1945). By 1956, the year Fremont incorporated, the Nimitz Freeway was constructed and the new city was beginning to be built. 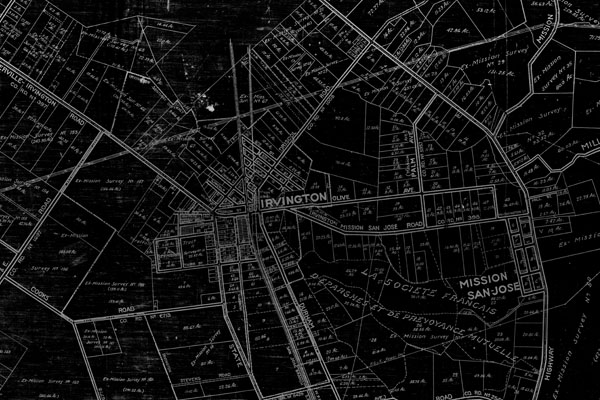 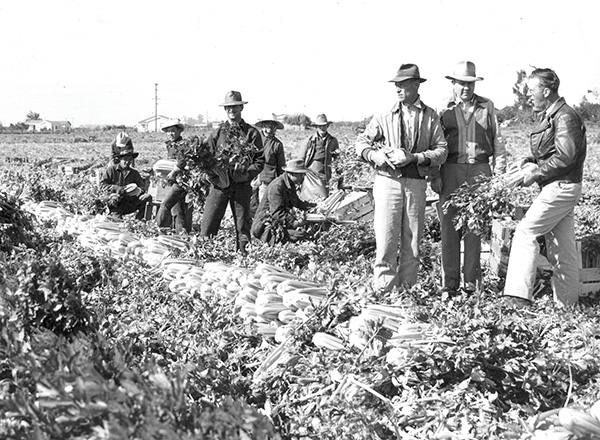 Williams Brothers Farming Operation (BL1)
The Williams brothers – Leland, Myron, Burdette, and Irving, began shipping tomatoes from Centerville in 1924. They expanded to peas, and by 1928 had arrangements with the Southern Pacific Railroad to use warehouse and packing sheds across from the Centerville train station. Burdette and his brother farmed in the area for more than 50 years.

On February 19th, 1942, Federal Executive Order 9066, which forced the evacuation of Japanese Americans from the West Coast, was passed, which meant citizens and legal residents of Japanese ancestry within 50 to 60 miles of the West Coast of the United States were ordered to assembly centers and internment camps inland. For Centerville and the neighboring towns, this meant hundreds of citizens and their families of Japanese descent were ordered to report to the Centerville train depot for transport inland. Many Japanese Americans farmed or worked in the fruit and vegetable industry locally. In this photo Japanese workers are pictured behind the Williams brothers. 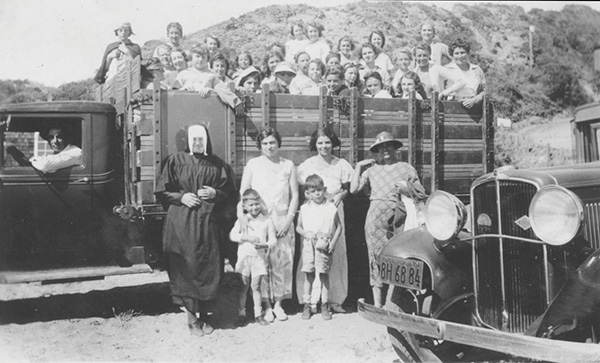 Sisters of the Holy Names of Jesus and Mary (BL2)
The Sisters of the Holy Names of Jesus and Mary purchased the Stanford Ranch from Lawrence A. Kelley on Oct. 3, 1927. To defray property expenses, summer camps for girls were conducted (1933-1935). Here Joe Maciel is pictured driving campers to Half Moon Bay. Next to the sister, in front, from left to right, are Ida Perry and her son Leonard, Anita Maciel and her brother Manuel Maciel, and Annie Maciel (mother to Anita and Manuel). In the back of the truck, above the arm hanging down (on the left) is Evelyn Rose and to her right, wearing the white hat, is Isabel Maciel. The Maciel and Perry families were caretakers on the property. (SVM) 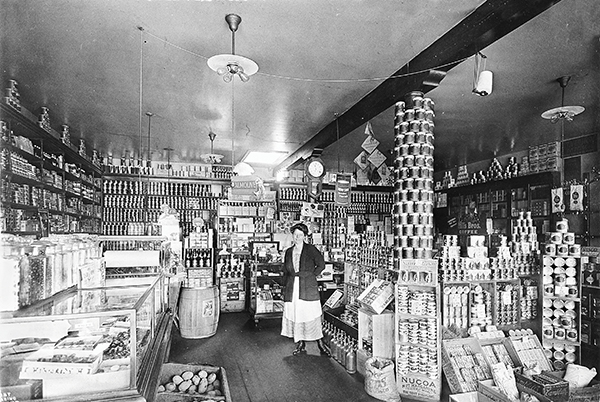 Interior of General Merchandise Store (BL3)
General stores were in every downtown in the late 1800s and early 20th Century. Locals could shop for anything they needed, from butter and spices to auto parts and sewing patterns. 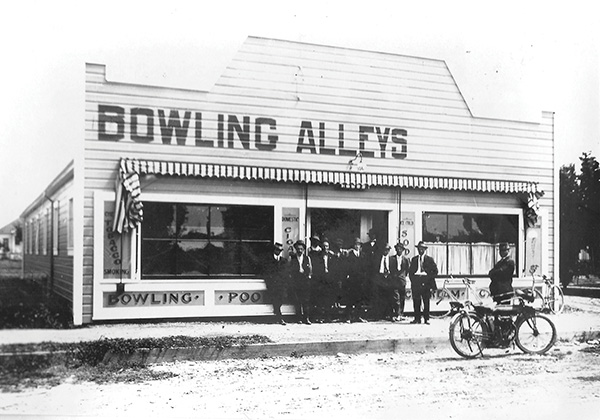 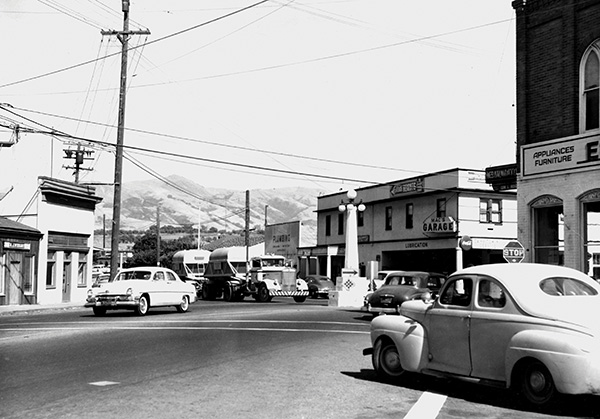 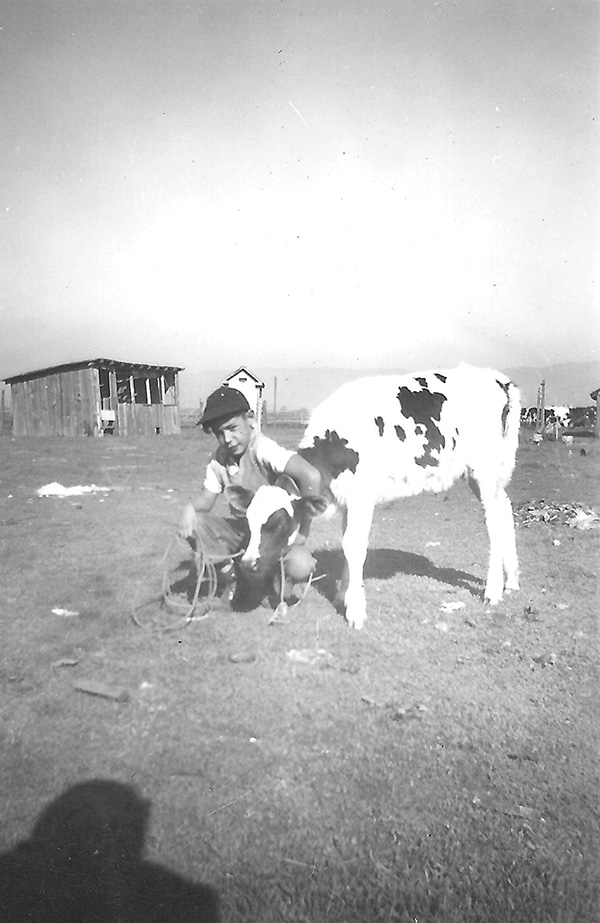 Kato family members, Warm Springs (BF3)
Because Taiju Kato was Japanese American, he and his family members were sent to relocation camps in different areas of the United States in 1942. Brothers Joe and Henry enlisted in the army. Henry served in England; Joe served with the famous 442nd Regimental combat team in Europe. Joe Kato was killed in France in 1944. Pictured are: Henry Kato, Fred Sakuda (brother in law) Taijyo (father), Yosuto and Joseph Kato. 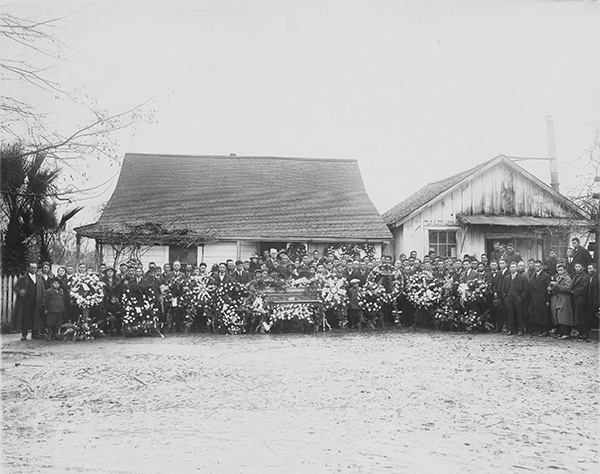 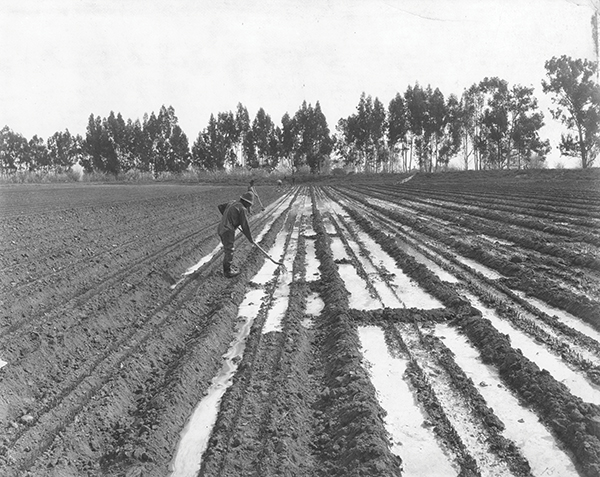 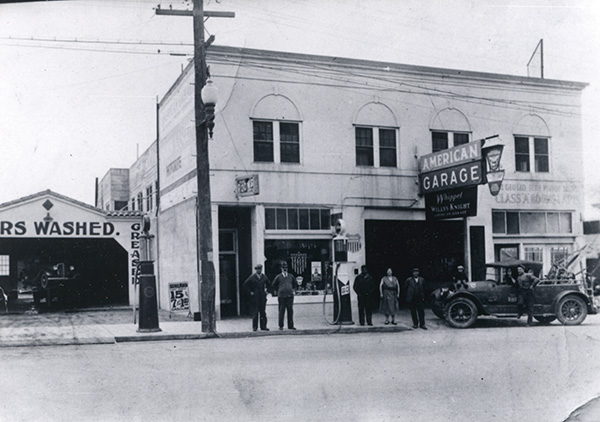 Salvador and Egizza DiGuilio started the American Garage and Auto Supply at G and First Streets in 1925, and Salvador’s son Louis took over in 1926. This photograph was taken in 1931 when the price of gas on the sign read “15 cents per gallon, 7 gallons per dollar.” In 1940 a new business, DiGuilio Furniture, was announced at “751 Main St., Niles, between the American Garage and Florence Restaurant.” The telephone number was Niles 67. 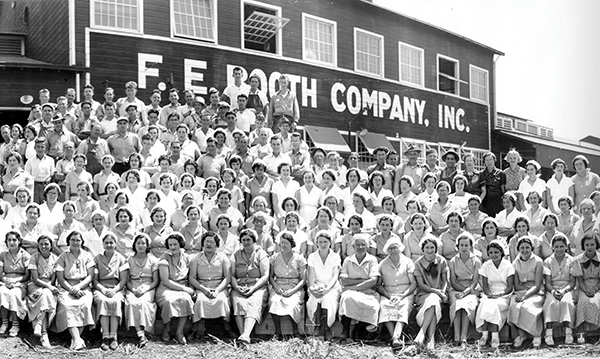 Booth Cannery workers, Centerville (BB1)
In 1928, James Nunes met Mary Lucas when she was 16 and he was working at Booth Cannery to pay his way through Stanford University. She and her mother cut fruit as seasonal workers, and his job was to carry the boxes to the workers. They married in 1935. 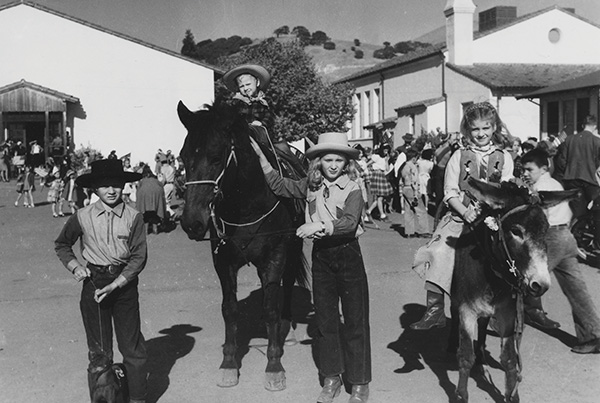 Niles school Pet Parade, children with pets, 1946/47 (BB2)
Children were allowed to bring their pets for this exciting event at Niles School. Pictured are L to R: unknown (brother to Becky) and Becky Overacker with the horse, with Diane Roeding and her pet donkey. 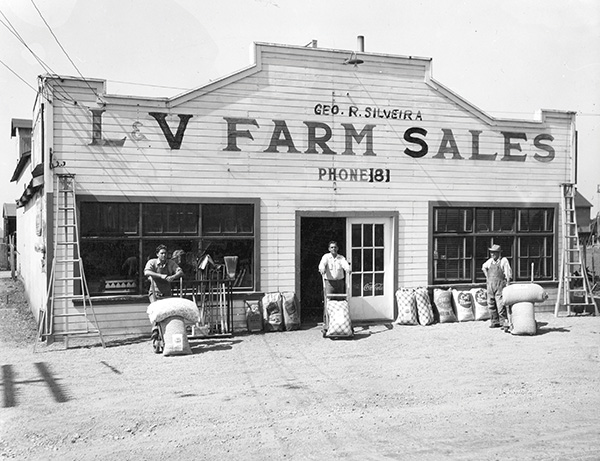 L. V. Farm Sales (BB3)
Operated by George Silveira, L.V. Farm Sales was located opposite Washington High School on Highway 17 (Fremont Blvd.) in the 1940s. A variety of bagged manures, such as calf manure, were in stock, as well as a supply of orchard ladders. 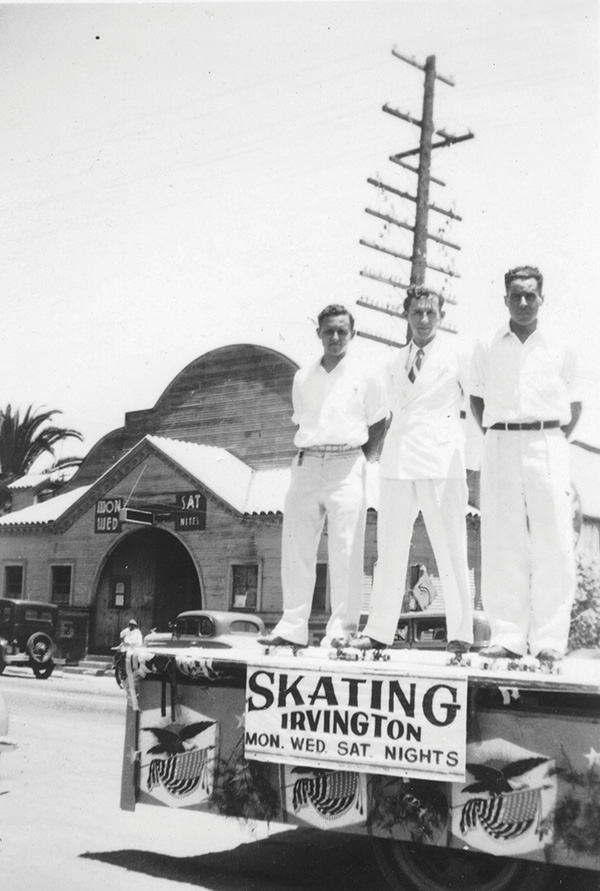 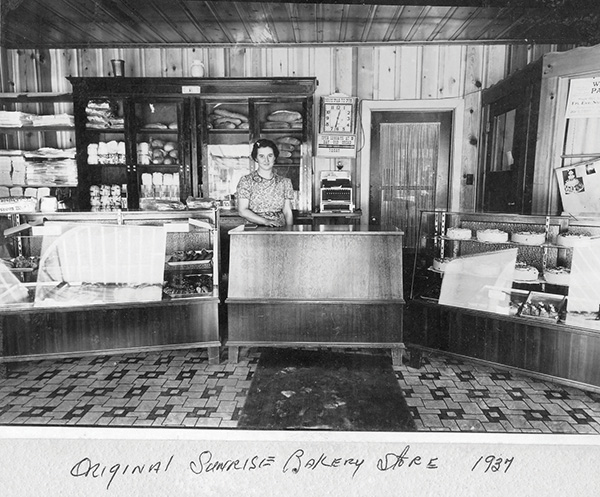 Sunrise Bakery, 1937 (BT1)
Lawrence and Emiline Rose opened the Sunrise Bakey at 161 South Main Street (right across from the Center Theater) in 1937. They started the business with two used trucks and used bakery equipment. Their first bread cost 7 cents a loaf. They expanded and operated their business until they retired in 1974. 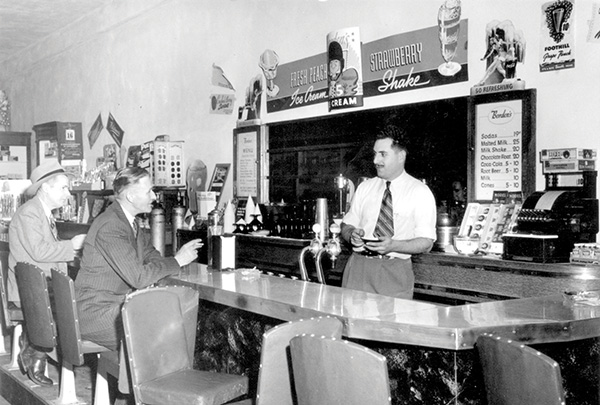 Sid’s Pharmacy, Centerville 1942 (BT2)
Sid’s Pharmacy served standard fountain offerings, such as chocolate soda for 15¢. It was made by drizzling chocolate syrup into a tall fountain glass, parking two scoops of chocolate ice cream on top, and pouring carbonated water flavored with syrup all over. Some whipped cream and cherry on top was extra special.