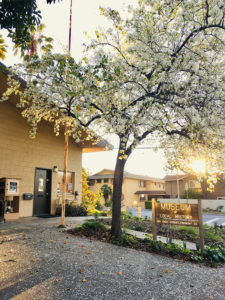 See our Calendar for the most up-to-date information regarding open hours.

Group tours can be arranged by calling the museum at (510) 623-7907 and leaving a message. You will be contacted by our Docent Chairman.

The museum is located in the old Mission Fire Station in Mission San Jose. 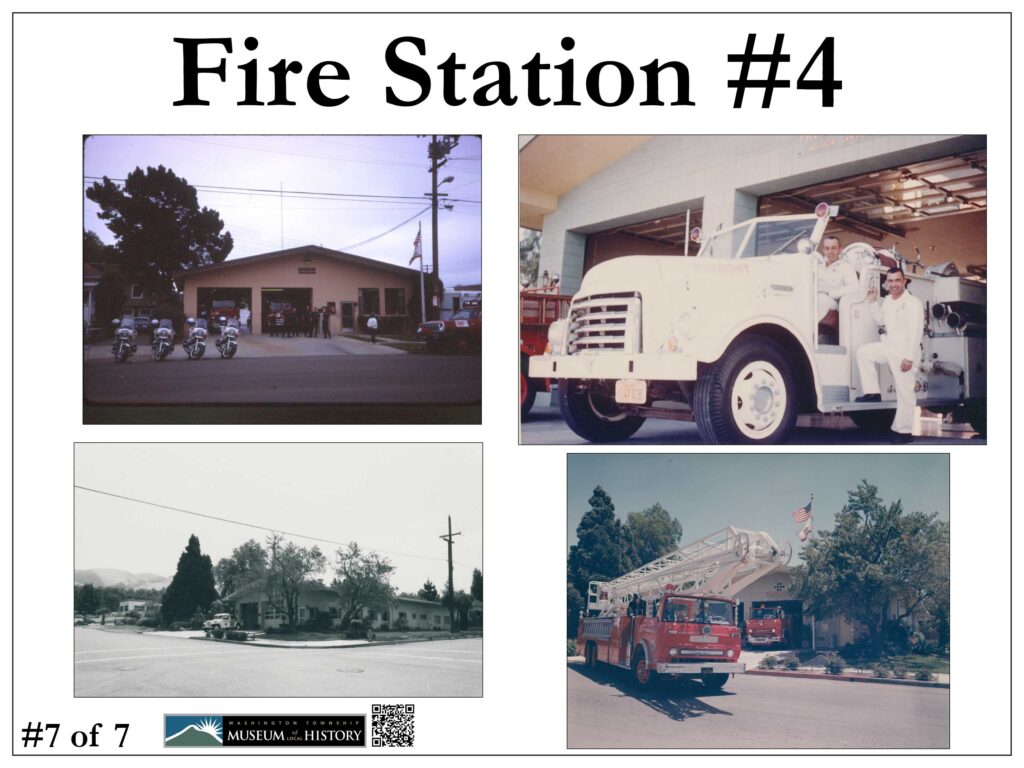 In 1954, a new fire station was opened on the corner of Vine St. (now Anza St.) and Ellsworth St. (the old Steinmetz property). The station opened as a volunteer firehouse, as all former fire departments had been. The telephone for the fire department was at the Fig Tree Gas Station (now a Chevron Gas Station – at the corner of Anza St. and Mission Blvd.). When a fire call came in, someone would run down to the station and press the button to start the electric sirens. Depending on the situation, the volunteers would stop whatever they were doing and head to the firehouse.

In 1956, Mission San Jose became part of the newly formed City of Fremont, and the volunteer fire department continued their service until the station officially became Fire Station #4 for the City of Fremont.

In 1989, a new fire station was built on the corner of Paseo Padre Pkwy. and Pine St., where it is still housed today.

In 1992, The City of Fremont leased the old fire station building to Mission Peak Heritage Foundation and The Washington Township Historical Society (two local non-profits). The lease provides for the preservation and protection of the city’s heritage, to encourage the interest of local citizens in Fremont’s history, and to provide a place for students and enthusiasts to visit and conduct research.

The mission of The Washington Township Museum of Local History is to preserve Southern Alameda County memories, documents, artifacts, and structures from the past and share them with present and future generations.

Come inside and pay us a visit!