The towns of Centerville, Irvington, Mission San Jose, Niles, and Warm Springs were incorporated into the City of Fremont in 1956. This was a time of city development including: growth in housing, transportation, civic facilities and parks: 1962 – The Hub and Central Park; 1963 – General Motors; 1968 – City Government Building; 1969 – Lake Elizabeth

The people in Part 2 remember the new and exciting changes in the new city development and growth.

Part 2 – Photo slideshow of families of those interviewed for Fremont Stories (those who arrived between 1956-1976).

The DVDs of all interviews from Fremont Stories, Our Family Album are for sale in the museum store.

Tom Blalock came to Fremont with his family in 1960 when he was hired to head the City’s Engineering Department. During his 36 years of service in Fremont as City Engineer and Director of Public Works, he played a vital role in the creation of what Fremont has become. Some of his favorite projects were relocating the Irvington monument from the center of the Five Corners intersection to a location adjacent to the roadway, and the creation of Central Park/Lake Elizabeth. He retired in 1995 and was elected to represent the Fremont area on the BART Board of Directors, a role he still fills today. He continues to stay involved in our community, especially through Kiwanis, and St James’ Episcopal Church. Online interview 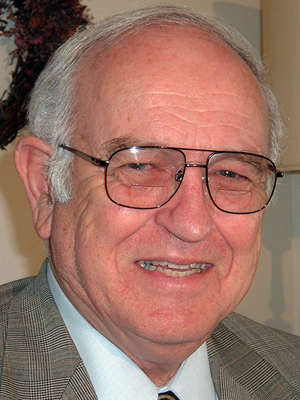 Lila Bringhurst was born in Utah and moved to Northern California with her family as a teenager. She graduated from the University of California, Berkeley, married Deon S. Bringhurst, DDS, moved to Fremont and helped Deon start his dental practice – all in 1960. Their six children were all born in Washington Hospital and they still reside in the Bay Area, having blessed Lila and Deon with 18 wonderful grandchildren. Lila has been active in many community and church activities, owned an antique store, coauthored a book and wrote a column for several years for The Argus, highlighting local history. Online interview 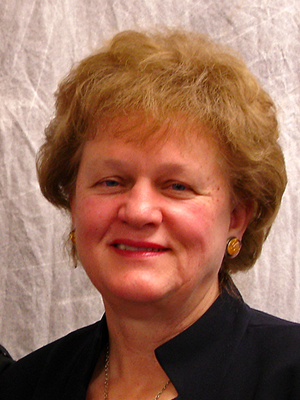 Joy Vanhook Bryant grew up in New Orleans, La. when the South was still segregated. After graduating from a segregated College, she applied for a position as an airline stewardess, but was not accepted because she was black. She came to California and attended graduate school at Berkeley, financed by the State of Louisiana because they would not admit her to Louisiana State University because she was black. After finishing at Berkeley Joy returned to Louisiana and married William Bryant. They moved to Mission San Jose in 1967, four years after William had been hired by Irvington School District; one of the first chosen to fill the quota system for equal education. The Bryant family was also one of a few Afro-American families to reside in Fremont during this time. Their three children attended school here and were very active in football, cheerleading and scouts. Joy is now retired from many years of working for the federal government. She spends her time traveling, visiting friends and doing community services. She is involved with the Association of Retired Federal Employees and an active member of St. Joseph’s Church. She is a pioneer and a long time presence for Afro-Americans in the Fremont Community. Online interview 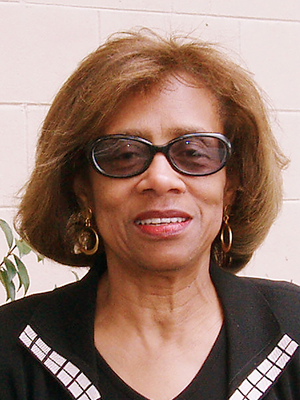 Cynthia Lynn Chun was born in San Francisco, CA and went through the public school system in Stockton, CA. Through her childhood experience in elementary school, she remembered what it was like to be frustrated in the learning process. Being of Chinese descendant, she had a very difficult time learning English, and she always felt that she was more of an observer than a participant in the classroom. The Chun family moved to Fremont in 1965. Here she raised her two children and taught piano lessons for more than twenty years. She earned her teaching credential and has also been teaching in Fremont Unified School District (FUSD) for twenty years. She was named teacher of the year, Alameda County, FUSD and Phi Delta Kappa and she and her class of fourth grade students have received many awards for their weekly television magazine production aired on local cable TV and for the production of various documentaries. Online interview 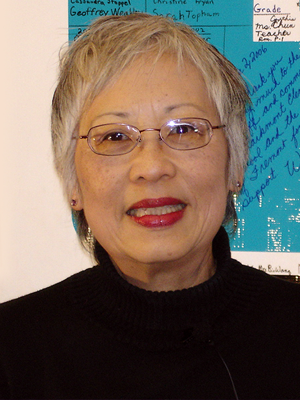 Sonia Garcia was born in Costa Rica and came to the United States shortly after she married in 1960. The family lived in Hayward, where they bought a plot of land on Mission Blvd, had a building constructed and became the owners of a very busy upholstery business. In 1972 they moved to Fremont to homes being built on previous gladiola fields. Sonia raised her two daughters here and states that she will never move. She is an American Citizen and works for Fremont Unified School District as a custodian and she wouldn’t change it for anything. Online interview 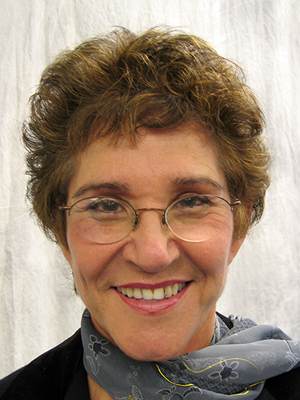 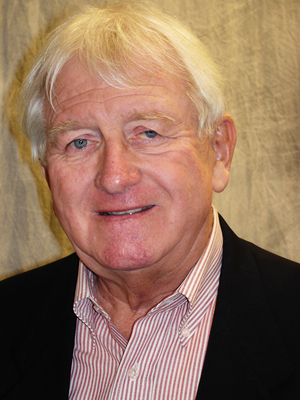 Michael McNevin moved to Niles with his family in 1966, at the age of four. He is the youngest of four brothers. His father, Jack, is now a retired mechanical engineer. His mother is a descendent of Clara Barton, the Civil War nurse. His grandparents all moved to San Francisco from the East Coast to work in the ship yards during World War II. Michael has toured the U.S. extensively as a songwriter and recording artist. Many of his songs depict his colorful childhood here. He also heads the “Golden Spike Docent Program” in Niles; a volunteer welcome wagon for the steam train passengers on Sundays. His new “Mudpuddle Shop” in downtown Niles will feature small concerts, guitar lessons, and displays of his Etch A Sketch Art. Online interview 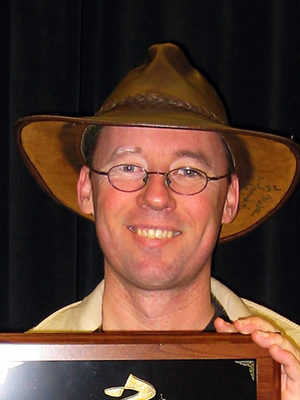 Carmen Melendez was born and grew up in Puerto Rico where she went to the University of Puerto Rico and became a 7th grade English teacher. But Carmen decided to see the world and she joined the US Navy and become a hospital corpsman when she was nineteen years old. She attended Berkeley and went on to get her teaching credential at the College of the Holy Names. She was married in 1960 and moved to Fremont in 1963 when her husband got a job at General Motors. She taught High School Spanish then became director of the Bilingual Education Program in Fremont Unified School District in 1974. Throughout the years she developed Bilingual programs [Spanish and Mandarin] which received the Program of Academic Excellence award for the nation. As school demographics changed she developed excellent English as a Second Language programs in the Secondary and Elementary schools. During these years Carmen’s title changed to Director of State and Federal Projects. Carmen wrote grants that brought millions of dollars of support program funding to the school district. During her thirty-plus years in education she raised her three children (many years as a single mom) and married John Melendez, former Vallejo Mills and Blacow school principal. In retirement she devotes much time to the Hispanic Community Affairs Council of Alameda County and she serves in the FUSD Personnel Commission. John Melendez continues to work at schools as a substitute principal helps in classrooms and helps at the Math and Science Nucleus. Carmen and John spend much of their retirement time with their children and grandchildren. Online interview 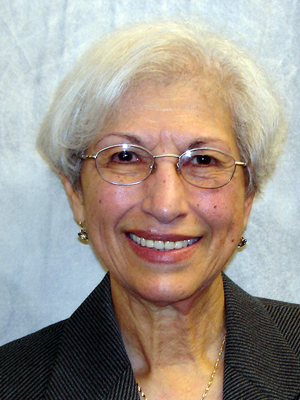 Guadalupe Mendoza was born in Mexico. She and her husband, Roberto, came to the United States two weeks after they were married in 1957. They moved to Oakland where Roberto had a job working for General Motors. Getting established was a struggle. Roberto worked two jobs for many years; 8 hours for General Motors and 8 hours for the Cannery. They had three children and moved to Fremont in 1976 after Roberto had commuted for six years from Oakland to work at the Fremont GM plant. Lupe was a stay at home mom and has been involved in church activities for many years. After retiring from GM Roberto worked as a custodian for various schools in Fremont Unified School District. Now a widow Lupe is still involved in directing and making costumes for church Pageant plays. She is also involved in a senior group. Guadalupe and her husband became citizens in 1989 and Fremont is the place she wants to spend her retirement years. Online interview 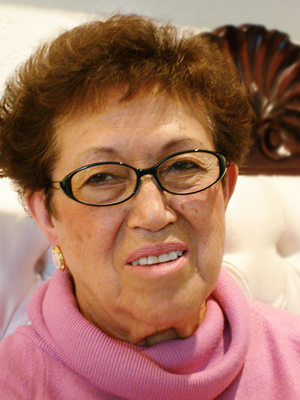 Larry Milnes was born on a Fresno County, CA dairy farm. Larry and his family moved to Fremont when he was hired as Fremont’s second Public Works Director/City Engineer in 1959. He was in the unique position of being intensively involved in the planning and developing stages of combining five historical farming towns into one prize winning city. Larry served in this position for 15 years, then as its Assistant City Manager for 14 years until he retired in 1988. His collateral duties with Fremont included managing the Recreation Department from 1970 – 1975, establishing the Youth Services Center for pre-delinquent youth in 1972, and functioning as de facto Planning Director from 1976 – 1981. Larry is particularly pleased to have had a significant role in the US Army Corps of Engineers construction of the Alameda Creek Flood Control Channel, the planning and development of Fremont’s Central Park, the Fremont Main Library, and the location and development of East Bay Regional Park District’s system of parks in Fremont. Online interview 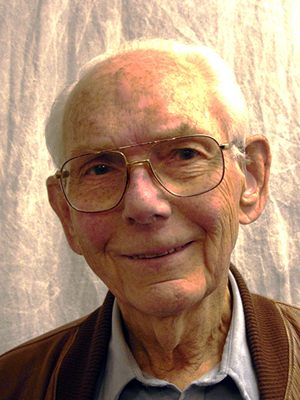 Mark Nelson came to Fremont when he was hired to work in the fledgling Ohlone College Theater Department in 1976. He was born in Wisconsin, grew up in Los Angeles and has lived in and near Fremont ever since. Mark, now senior Full Professor, oversaw the design, construction and move in of the new Performing Arts Complex. During his tenure he has returned to UCLA for another advanced degree as well as attending NYU for a certificate program. He continues to teach classes, direct shows, and recently has been teaching in the Interior Design Program. Mark has been involved with Fremont Theatrical Association; chartered by Norman Kirschbaum, the Ohlone College Theatre Patrons Association, Stage One, Fremont Community Theatre, Broadway West and many other theatre companies in the local area. Online interview 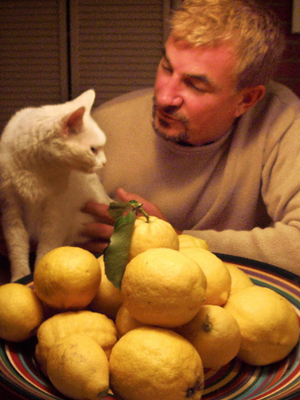 Oscar Trevino was born in Pearsall, Texas and came to California in 1956, after spending the war years in the army in Anchorage, Alaska. He and his wife, Elisa, moved from Decoto to Irvington in 1958, and he has lived in the same house for 48 years. Oscar worked as a carpenter building Stanley Davis homes before starting O.T. Construction in 1980. He retired in 1995. Oscar and Elisa raised their three sons here. Oscar was involved in little league baseball for many years and was an outstanding coach. He served on the Sister City Committee in 1976. He loved the peaceful, beautiful Fremont countryside, and has many home movies that are reminders of those times. Online interview 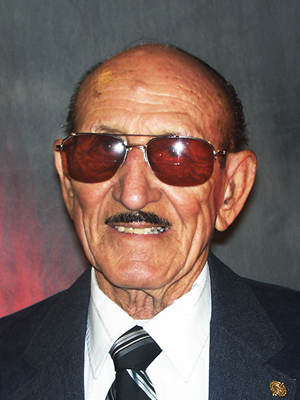 Michiko Yee was born to Japanese parents and grew up in southern California until her family was relocated to Gila Bend, Arizona, during World War Two. Life in the camps was different but she remembers close friendships. She met and married Gilbert Yee and moved to Fremont in 1964. She has been very involved in Camp Fire Girls and Scouts and other community organizations. Her husband was teacher of the year in 1978 and she now volunteers for many clubs and organizations. Online interview 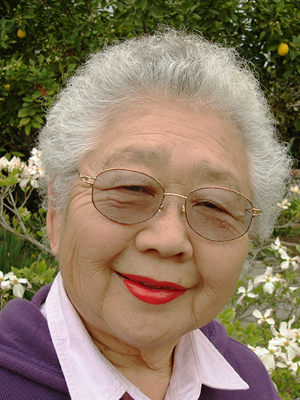