Fremont became part of Silicon Valley with the development of new technologies, bio-tech and hi-tech. The diverse population increased from 100,00 to 210,000 with residents representing 155 countries and 135 languages.

The People in Part 3 discuss how and why their families came here and adjusted to a new way of life in Fremont.

Interviews for this section must be viewed at the Washington Township Museum of Local History.

The DVDs of all interviews from Fremont Stories, Our Family Album are for sale in the museum store.

Madhu Aggarwal moved to Fremont with her family in 1984. She had been working for a company in Mountain View and she decided to be a “stay at home mom” when her daughter was born in 1985. She became very involved in school activities at Weibel School as well as the Book Leggers Program through Fremont library. She now teaches Hindi language classes in the Bay area, reads Hindi stories to pre-school aged children at Fremont library, and is a Senior Peer counselor. She also established a weekly Senior Program for Hindi speaking seniors in the Fremont Area, and continues to volunteer there. 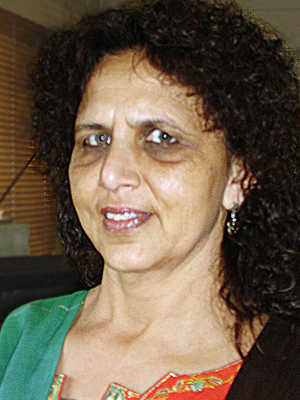 Don Eberwine and John Ogle are friends who have many interests in common. One outstanding interest is their love for Mission Peak. They each hike to the top of Mission Peak at least three days a week. Last year they scaled to top well over 100 times. They have many stories about who they meet and what they experience during their adventures. Don came to Fremont in 1978 when he was still working in the computer industry. John has worked and lived in the area since 1972. His son and their family live in Centerville. 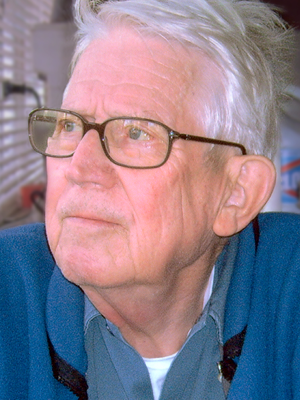 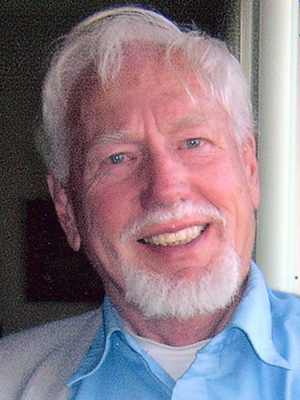 Sayed and Razi Inamdar are both from India. They had a traditional arranged marriage in India. Sayed Inamdar came to the US in 1965 for a Masters in Electrical Engineering at the Illinois Institute of Technology. Razia Inamdar came to the US about a year later with two of their three children. [The fourth was not yet born]. They moved to California in 1968 and came across the country in their gray Volkswagen. The family moved to the Tri-City area in 1969 when they bought their first home in Newark, CA. Sayed worked for Bechtel Corporation and his work took him out of the country a lot. Initially the family traveled with him and went all over the world by car and plane. They traveled from Europe to the Middle East and then from the Middle East to India by car and had lots of adventures. Finally, because of school issues for the children, Razia stayed back and raised their three children in Newark. The oldest, Reshma, had an arranged marriage in 1981. The family had a house in Fremont which they bought in the late 1970s and they moved there in 1983. Razia started a day care business on Alder Ave. and ran it with her sister for nearly twenty years. 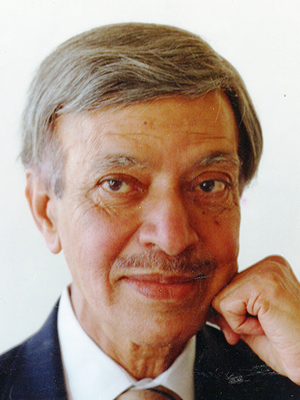 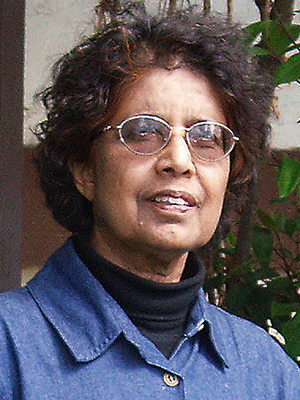 Geraldine Low-Sabado and her family moved to Fremont in May, 1988. She and her husband, Randy Sabado, who is now the Real Estate Manager for the City of Fremont, wanted their children to attend schools in Fremont. Gerry worked at The Learning Tree for over 20 years beginning in 1980. Gerry’s children, Amber and Brandon, learned to swim at an early age and, as a result, the entire family became very involved with Mission San Jose Aquatics (MSJA). Gerry is presently the President of South Bay Chinese Club (SBCC) and she has recently learned more about her Chinese ancestry, being descended from great great grandparents whose Chinese junk sailed across the Pacific Ocean in the 1850s and drifted into Whaler’s Cove, Point Lobos near Monterey where they became fishermen. 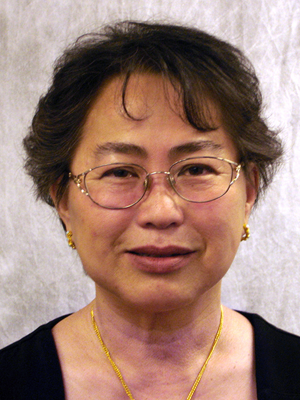 Fatima Nerow, a remarkable woman who escaped from Afghanistan during the Taliban regime, arrived in Fremont with four of her children about three years ago. During the first half of her adult life in Afghanistan, Mrs. Nerow worked as a high school history and geography teacher. Beginning in 1978, Afghanistan experienced a series of brutal Soviet and civil wars. Eventually, the Taliban came to power in 1996; they closed schools and forbade women to work. During 1996-1999, the Taliban forced Fatima and her daughters to live shrouded beneath burkas, and sequestered behind blackened windows.

After her husband died in 1999, and rocket bombs destroyed her home, Fatima, and four of her six children, managed to escape to Pakistan. Then, with the help of Fremont friends and relatives, and the United Nations Human Rescue Committee (UNHRC), Fatima immigrated to America as a Woman-at-Risk war refugee.

Today, Fatima and her daughters live a safe and peaceful life in Fremont. 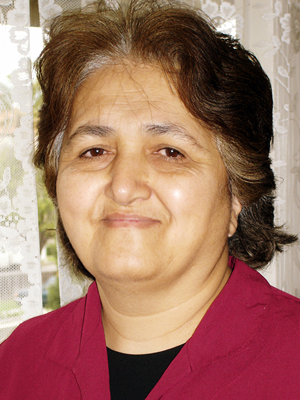 Anne Nguyen and her family moved to Fremont in 1992. Her parents both came to the States during their college years, starting their lives over from scratch. Her father came here alone (1981) whereas her mother came here with her whole family (1983). Anne had to learn to transition between a Vietnamese culture to an American lifestyle here in Fremont at an early age. She believes that as a Vietnamese student at Irvington High, she is able to fully respect her culture because she learned to balance between two worlds and welded it into one. She is currently a senior and is planning to go to UC Irvine.

Anne writes:
My dad had written a folksong for the Vietnamese community a while ago and famous singers have been singing it since then. It is called Mot Lan Mien Vien Xot Xa; this song is sung by Elvis Phuong. The title is directly translated as: Leaving Once To Never Return. The song talks about a man writing a letter to his mother about him deciding to leave Vietnam forever. He talks about his homeland, about how the war has honestly ruined the rich land and seasons that were once pleasant. The days pass by and everything is still the same, poverty and hopelessness leaves people in complete sorrow. He writes that if he leaves, he will never forget what Saigon used to be. He will never forget the faces that he met, the ones that left a memory of how Vietnam is like now. He tells his mother that he cannot stay because Saigon is now dead (gone). He leaves the letter at many hellos and goodbyes. It’s a really sad song, but I personally think it reflects how my dad felt when he crossed the waters to get to the United States. 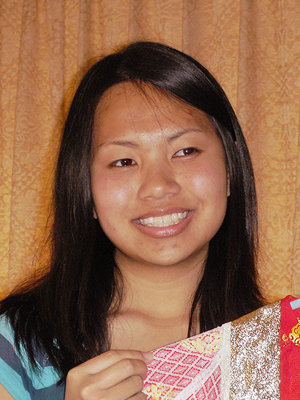 Aaida and Tahoura Samad are twins and freshmen at Mission San Jose High School. They came to Fremont in 1996 where their father found work. Their father, Arif, came to the United States from Pakistan to attend to college in 1978 and their mother, Bushra, grew up in Kuwait. Aaida and Tahoura feel lucky to live in a city with so many diverse cultures. They are very busy with school and extra-curricular activities including softball, girl scouts, horseback riding, tennis and piano lessons. Tahoura plans a career in biotechnology and Aaida aspires to become an equestrian vet. 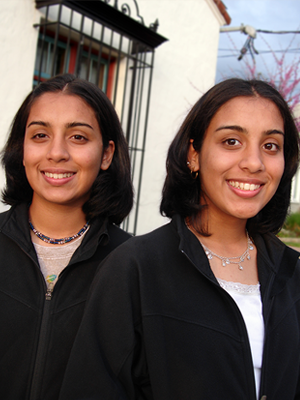 Phra Videsdhamakavi [Phramaha Prasert Kavissaro] has been the head monk of Wat Buddhanusorn Thai Temple since 1983. A member of north eastern Thailand Rice in Roi-Et, Thailand family, he was born in 1946 and has lived in Fremont for 21 years. Phramaha Prasert picked Fremont to settle and establish the Thai Buddhist Temple because of its location and the peaceful atmosphere in Niles. The Thai Temple is the 1st Thai Temple in the Bay Area. It is central to servicing people from all over including San Francisco, Sacramento, and San Jose. Phramaha Prasert leads the community of Buddhist worshipers and volunteers to teach Buddhism to prison inmates. Every morning the monks gather in the main hall to chant & meditate. After their morning meal they work around the temple grounds where they maintain an assortment of colorful flowers. Everyone is invited to visit the temple grounds and to meditate. The Sunday school offers Thai language, music and dance classes, and the garage serves as a place for young people to socialize. The monks work with the Tri-Cities Ministerial Association, donate food and supplies to local and national charities and homeless shelters, provide scholarships and meal funds for students in Thai villages, support traditional Thai medical pharmacies, the Chai Pattana Foundation, and the National Council of Welfare of Thailand. 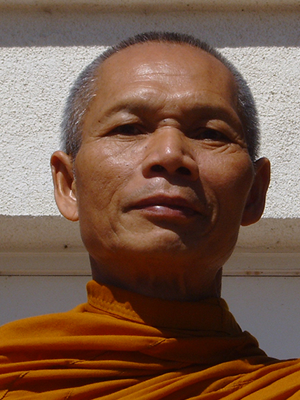